A few weeks ago I was sat in a fairly small and stuffy room of digital marketing types in London as some great SEO minds pitched to us, the willing audience, the idea of authorship and the power it will soon have. I’ll admit I had largely been sold on the idea, however, this was really for us to see how it would affect SEO and therefore become the centre of my – and many others - Jobs in the following months.

There were many interesting speakers and much to take in, however the one concept that really summarised the proceedings in the best way (or at least the most memorable), was that of the “Renaissance SEO”.Sounds good doesn’t it?

So how is this applicable to us as SEOs? Whenever you are proclaiming the coming of a new epoch or movement within anything, it’s probably best to put it within context first. This concept was brought forward by Andrew Girdword as part of a “times are changing” style discussion which, rather than proclaiming the death of SEO or something similar, suggests that it is now entering a new age.

In simple terms, the numbers game is just not enough anymore, Google algorithm updates like the barrage we’ve seen recently have meant that you can no longer go out and buy position #1 with the money from your back pocket. Although, we are talking in simple terms here, to suggest that this change may have happened overnight is simplistic and inaccurate, but you get the general idea.

Andrew Girdwood and the other speakers at this event clearly aren’t the only ones who share this view. Rand Fishkin, in his most recent Whiteboard Friday over on SEOmoz proclaimed “the death of link building” and more importantly “the rebirth of link earning”. Whilst this change has been a long time coming, the primary factor that has driven this is  that links now have the capacity to actively damage your site. So if “traditional” link building methods are at best stalling on ROI and worst poisoning your backlink profile it completely changes the value of a link and therefore the approach we need to make. 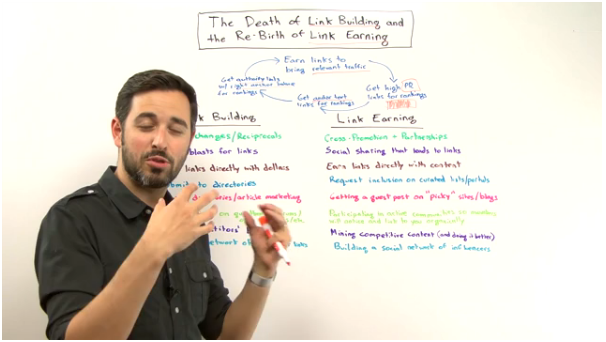 With Pandas on the content patrol and Penguins assassinating spammy or paid links, the process of SEO has become a longer one, which needs a greater level of creativity to really become something worthwhile. The myriad on-page SEO factors still exist, linking still exists, it’s just that the emphasis is changing. It’s no longer just about having the most links, it’s now about getting the best ones – and doing that requires a creative and personal approach.

Considering the relatively youthful feel of SEO as an industry there are a lot of jaded people out there, lamenting loudly into their coffee every time a new update is rolled out – and with good reason mostly. However, the driving force behind the speedy development of the industry is because it just has to. It is easy to proclaim the death of SEO every few months, what’s difficult is to brush yourself off, identify the issues and get about fixing them.

A renaissance SEO is creative, flexible and proactive (and just a little reactive) – talk of good and great content is the standard now, the order of the day is building relationships as well as links. So the question you have to ask yourself is – are you ready for the change?