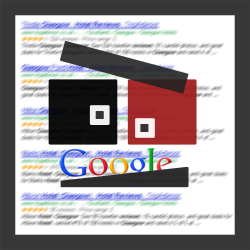 Over the last few months many people have complained about some search query listings being over populated by particular domains and protesting this as a negative effect on user search experience. On brand searches, perhaps a user sees the need for multiple listings from the same domain but does the same apply for non-branded search queries?

“I used to spend far less time wading through results to find exactly what I needed.”

“I can’t recall a SINGLE time other than a navigation query, that I have EVER clicked on a result from a site showing 4 or more results from the same site.”

Below is Google search made today for “Hotel Reviews Glasgow” of which, over 43% of the first 30 organic results (ignoring Google+ Local results) are controlled by 2 domains.

This lack in diversity has seen folks up in arms complaining about poor results and having visibility for some terms blown off the radar as a result of the domain clustering.

Research conducted back in June by both Dr Pete (who at the time dubbed what he was seeing as the ” Bigfoot” update) and SearchMetrics both suggested the SERP flux to have been even greater than that what was seen when the Penguin update went live.

The interesting thing was that just before this happened, around June, Google’s April Search Highlights mentioned a change codenamed “Horde” that was made to try and improve the diversity of results return:

What Google said and what actually happened just didn’t add up, in fact, it was the complete opposite.

Well, at the end of last week Matt Cutts tweeted about a small update that had been made to the algorithm to help improve the diversity of domains being returned in Google’s Search results.

The effects of this update are yet to be fully understood or in some case even seen but some people are reporting changes occurring.

As well as the screenshot above, I’m still seeing clusters of up to 3 domain results in pages beyond page one, when a week ago, this was up to 4 or even 5 listings. Based on this, it appears this update has just been a tweak to the algo to perhaps get rid of some of the ridiculous clusters that were appearing a couple of weeks ago. From the searchers I’ve done, it certainly hasn’t fixed the issue completely.

Whether this update will eventually resolve the issue currently in question, we’ll just have to wait and see over the next few weeks and perhaps light might be shed in the next Google Search Algo Highlights post that should be coming out fairly soon…

For now, I’ll leave you with a video by Matt released back in June, 2012. Although it doesn’t talk specifically about this update it does contain information on understanding Google’s take on handling multiple listings from the same domain and the previous method of “Host Crowding” that used to be applied. (Anyone else miss the indented results?)

How does Google decide when to display multiple results from the same website?

From what Matt describes in this video, Google clearly haven’t managed to get the balance right just yet, whether this update will help improve things, we certainly hope so, as the general consensus we’ve heard from users and people within the industry is that it’s definitely not an enhancement on user experience, rather a frustration.

Have you seen any changes or have you been affected by the recent domain clustering? We’d really like to hear what you’re seeing at the moment and whether you’ve seen any effects in your search results. Does less diversity in SERPs make for a better or worse user experience for you?

Take our quick survey and leave a comment below!