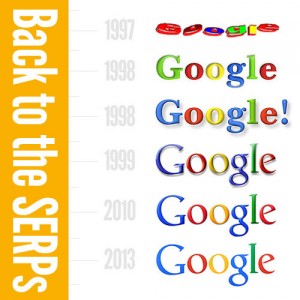 Today I’m sharing a piece of research that looks back at 16-17 years’ worth of key features and changes to Google, its SERPs (Search Engine Results Pages) and other search services.

I’ve spent a fair few hours scouring the web for images and dates in an attempt to try and visualize this timeline. The purpose here is to recall technologies of the past and compare those that survived with how they first existed.

Before I begin I’d like to give special kudos to the likes of: seroundtable.com, searchengineland.com, googlesystem.blogspot.co.uk and all those that have contributed to Wiki on the topic. Without you guys and your efforts over the years this would have been a hell of a lot harder. Thank You.

Disclaimer - this is not everything that has ever happened in Google SERPs, it’s a starting point. The dates provided are based on the best I could find at the time.

If you noticed something inaccurate or have a SERP feature you think should be included in this list, just tweet us at @bandertron or @highpositionseo with the hashtag #BackToTheSerps.

(p.s. sorry for the RSI your scrolling finger might endure over the next 5 minutes)

Let us start at the beginning… 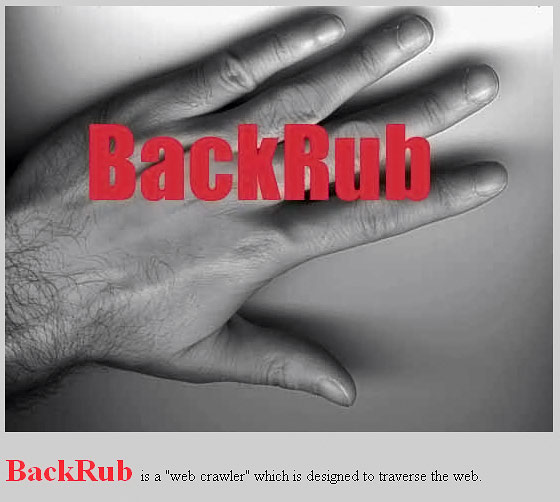 Larry and Sergey decide “BackRub” needs a new name. They choose to go with “Google” which is a play on the word “Googol” (1.0 × 10100) to represent the colossal amount of information found on the World Wide Web. The domain google.com is registered on 15th September 1997. 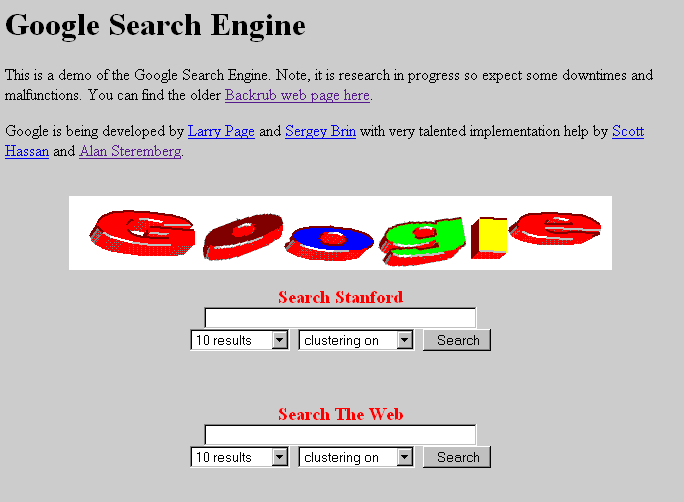 The more familiar “Google” logo and layout begins to take form and evolve. Google’s index contains around 25 million pages at this point. 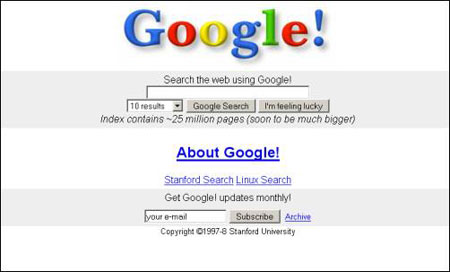 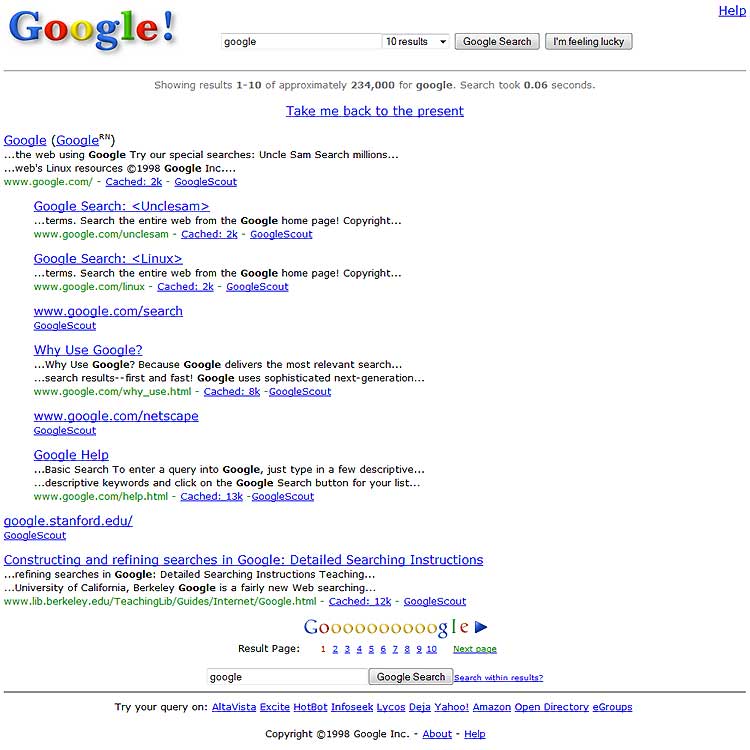 TIP: Fancy going back in time to experience just how Google looked in 1998? Just search “Google in 1998”

The classic Google logo everybody remembers goes live on May 31, 2022 and remains the same for 10 years and 11 months (until May 5, 2022) - it is the longest standing Google logo to date.

A new tabbed interface arrives to give users easier access to the different types of information Google provides: 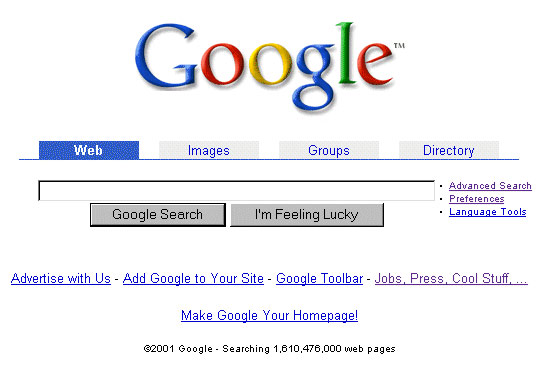 If anyone has a screenshot for this please, please let me know @bandertron as I couldn’t find one anywhere!

March 2002 - Google News Beta is introduced providing a continually updated index of news supplied from around the web.

May 2002 - Google Labs begins. One of the early Labs projects was the first attempt by Google at voice search. It was done via the telephone! This early attempt at voice search was eventually abandoned but returns in 2009 when Google introduces voice search on android. Later on in June 2011 voice search is found in the SERPS themselves. 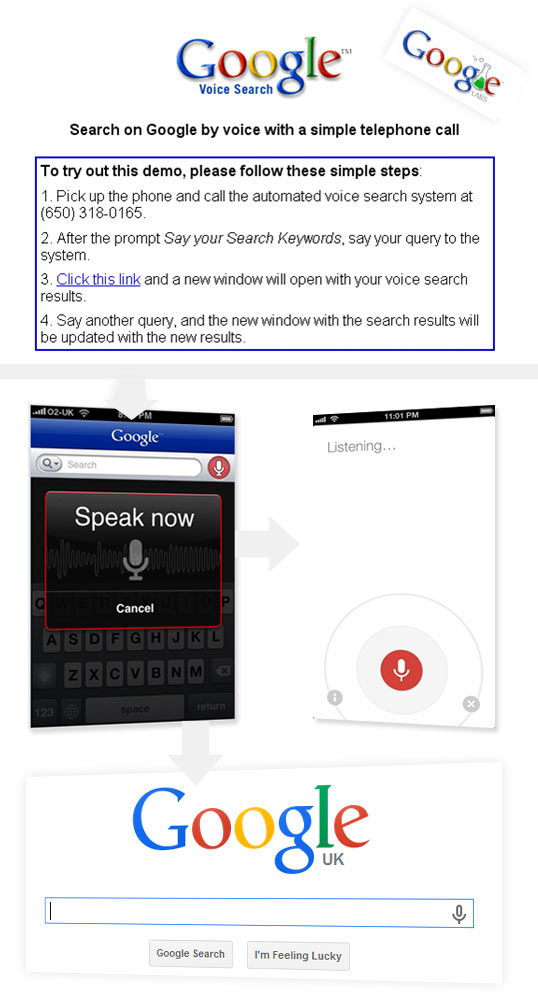 December 2002 - Froogle arrives, changes names about a million times over the years and then finally settles as “Google Product Search”. No Sorry, “Google Shopping”:

Google keyword shortcuts are introduced to help users navigate between results but is later discontinued in 2006: 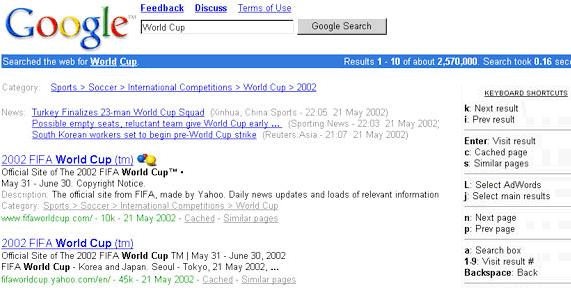 September 2003 - Pages in the supplemental index are highlighted in Google’s search results. This label later disappears in August 2007:

November 2005 - Google Analytics is released following the acquisition of Urchin back in April 2005:

Google continues to experiment with new SERPs that aim to make better use of space and explore easier navigational elements: 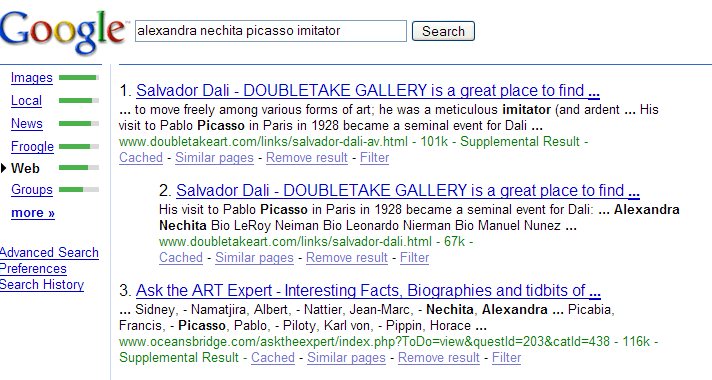 Google introduces local information for queries relating to a place, business, or other local information. Later on in the year reviews become a part of local business listings, with top level metrics appearing alongside the result:

August 2008 - After an initial experimental launch in 2004, Google Suggest is integrated into main search engine: 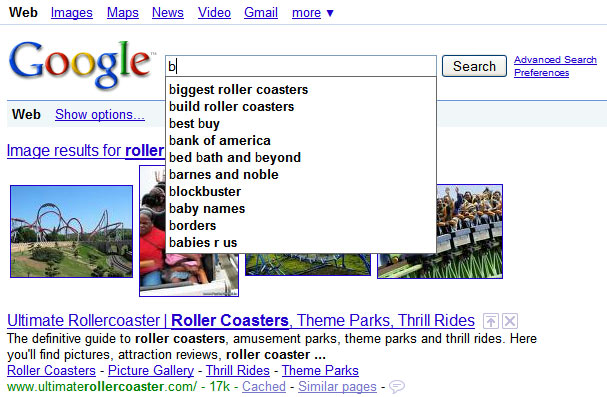 May 2009 - Rich Snippets arrive and start spicing up SERP results: 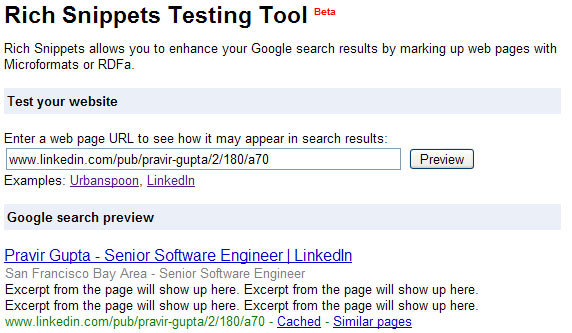 Users are given the ability to control business data within Google Places:

December 2009 - Google Realtime appears in SERPs but is later shut down in July 2011 after Twitter pulls the plug on Google’s access to their fire hose: 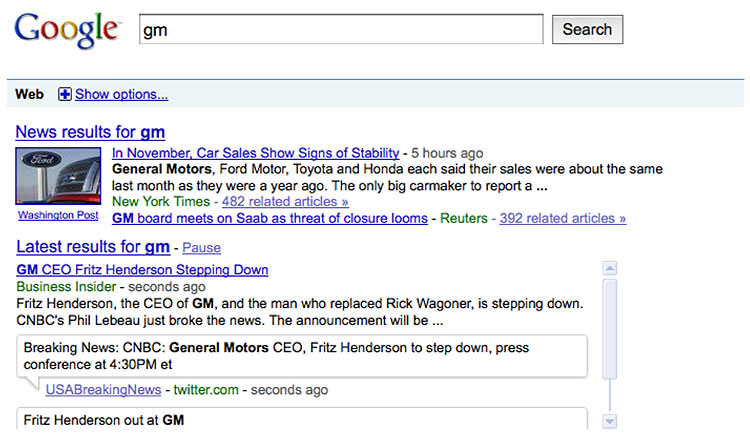 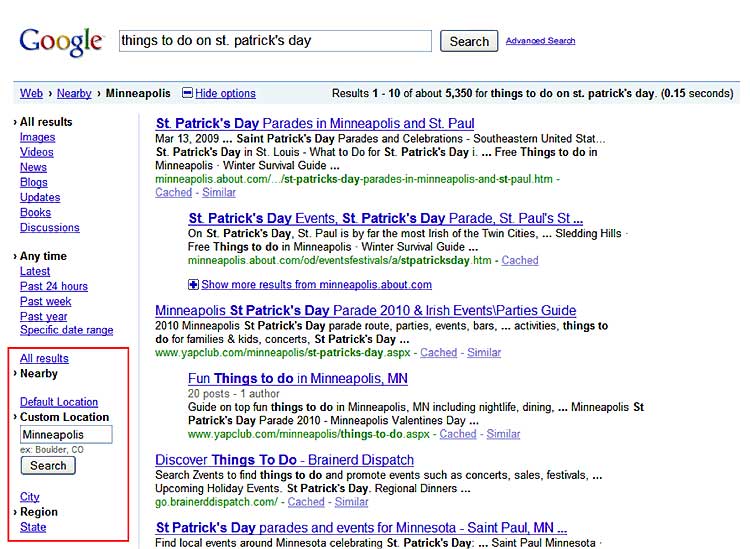 July 2010 - With Google Images now getting over a billion pageviews a day Google attempts to monetise Image search by introducing Image Ads: 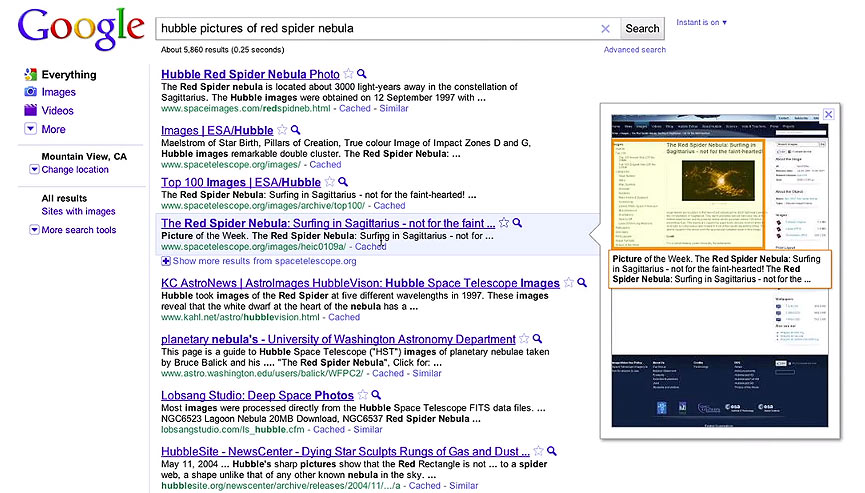 November 2010 - Continuing the local SERP progress made in 2008-9, along comes Google Hotpot: 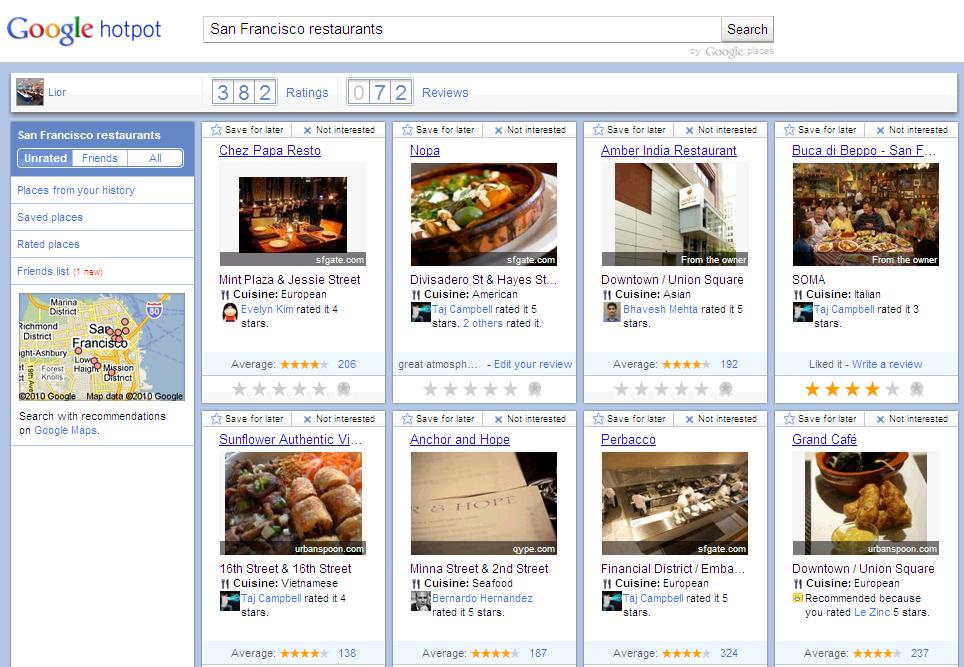 Another experimental feature appears, The Virtual Keyboard. An aid for searching in other languages: 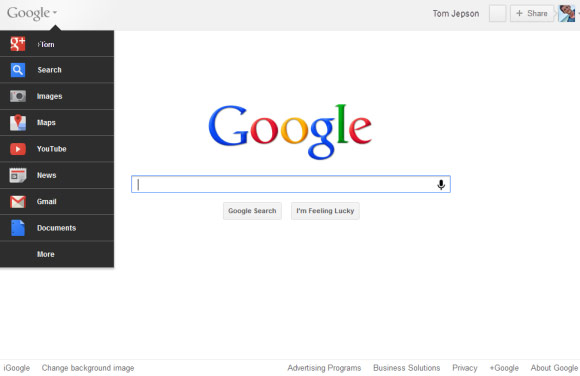 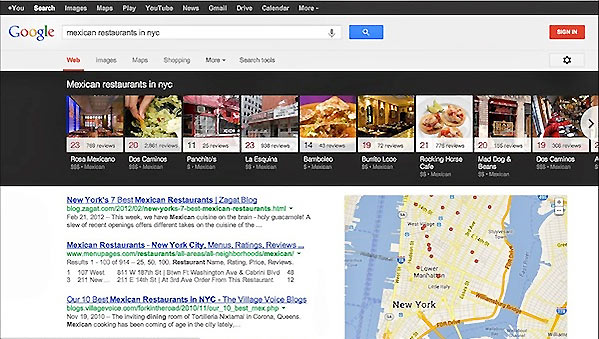 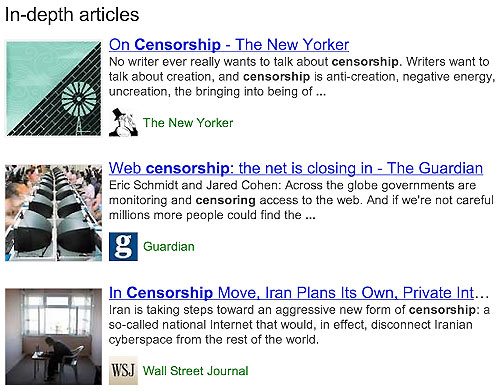 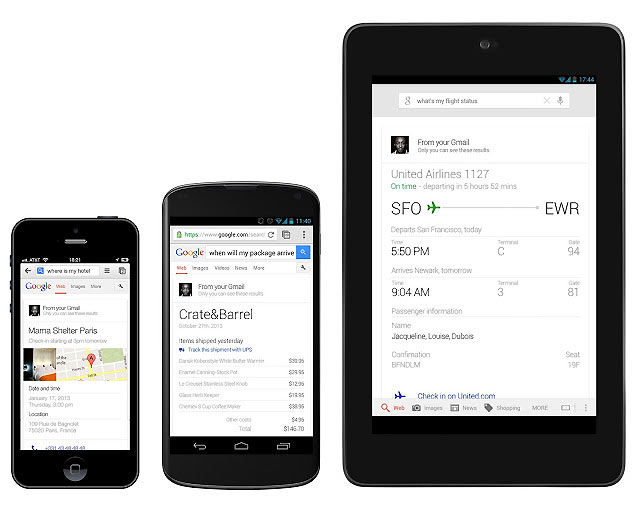 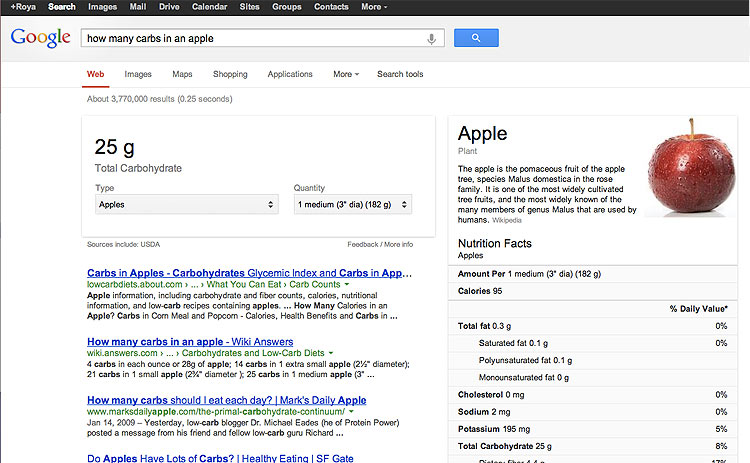 July 2013 - Google allows you to set a timer within the search results: 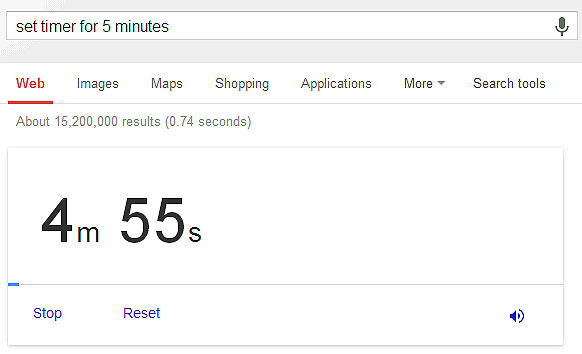 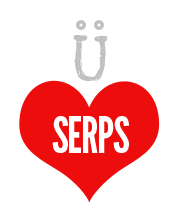 Well done, you made it to the end! You clearly love Google SERPs

What’s next..? You tell us! Feel like we’ve missed a vital SERP feature? Noticed a date is wrong? Have an image we could include? Which past feature do you miss the most? Got an opinion on a feature you think Google should introduce?

Special thanks to all of the following resources. If we’ve missed anyone please let us know!